All meetings are open to the public and take place at 110 Champion Way, Asheville NC 28806.   If you would like to join us via Zoom, please utilize the link below.

If you have any questions or concerns you can email: board@icimagine.org.

Drew grew up outside of Atlanta Georgia before attending The University of Mississippi (Ole Miss). While at Ole Miss, Drew earned both his undergraduate and graduate degree in accounting. He relocated to Memphis, Tennessee where he took a position with Dixon Hughes Goodman. During this time Drew, obtained his CPA license, and worked as a consultant assisting pharmaceutical companies with business combinations and spin offs. In 2014, Drew transferred to DHG’s Asheville office. While in Asheville Drew has worked closely with local and tribal governments and school boards. In his free time Drew enjoys everything Western North Carolina has to offer.

Katie Ledford is a local to the area. She moved to Hendersonville when she was thirteen and came back home to Asheville in 2009 after completing various degrees. She has a fervor for Education. Katie received her undergraduate degree in rhetorical studies from UNC Chapel-Hill, her masters in English from the College of Charleston and her PhD in Educational Leadership from Clemson University. Now her academic passions are pursued by being involved in IC Imagine and her own children’s educational paths; she has two champions. Apart from academia, Katie is a residential real estate agent at Beverly-Hanks, enjoys spending time with her children and her Great Pyreneese, Millie.

Mia Strauss is originally from Pennsylvania.  She graduated from the University of Maryland, College Park and following undergraduate school she attended the University of Alaska at Fairbanks and spent some summers living and conducting research in a remote field camp setting.  Also while in Alaska she and her husband lived and worked as teaching parents in a home with at-risk teens.  She and her husband relocated to Asheville in 2006 and couldn’t think of a better place to live.  After moving here and trying to find a job to fit with her family she began bookkeeping, which led to general business management and marketing. Currently, Mia is employed as a Project Manager with Beverly-Grant.

Mia has 2 children and has been an IC Imagine parent since the doors were opened in 2014. She finds it really refreshing to have her children in an environment that is always striving to do what’s best for the students and willing to change and make adjustments as needed. In her free time Mia enjoys hiking, cooking and traveling. She is excited to be a board member to help build a solid foundation for the school for years to come.

All applicable financial documents are publicly posted to EMMA.  For other questions, contact finance@icimagine.org. 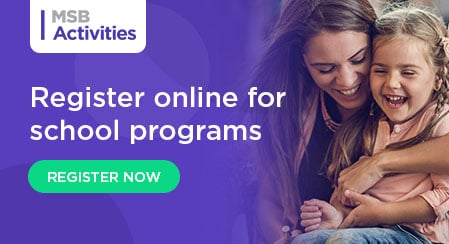